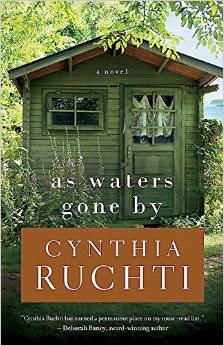 Can a marriage survive a separation of hundreds of miles and impenetrable prison walls? And are the walls around her heart more daunting than the concrete and razorwire he faces?

Order Now!
About the Book

Emmalyn Ross shares something in common with spouses of the deployed or those whose work takes them on the road for long stretches. She’s trying to figure out how to sustain a marriage with a man who’s never home. He won’t be home until the end of his sentence, if then. His actions stole her heart’s desire and gave their relationship a court-mandated five-year time-out. What didn’t fall apart the night he was indicted fell apart in the intervening years. Now, on a self-imposed exile to beautiful but remote Madeline Island—one of the Apostle Islands of Lake Superior—Emmalyn has a handful of months left to figure out if and how they can ever be a couple again. And his silence isn’t helping.

The island hunting cottage they’d purchased on a whim when life made sense isn’t fit for habitation. But it’s all she has. Restoring it may put a roof over her head, but a home needs more than a roof and walls. As Emmalyn and the cottage grow stronger, they feel emptier. Is it possible hope lost her address?

Find an independent Christian retailer near you by clicking here.

Baker Book House
Preview
Disclosure of Material Connection: Some of the links in the page above are "affiliate links." This means if you click on the link and purchase the item, I will receive an affiliate commission. I am disclosing this in accordance with the Federal Trade Commission's 16 CFR, Part 255: "Guides Concerning the Use of Endorsements and Testimonials in Advertising."

afraid of the light

That must have been SOME wind!

Art moment of the day. Write your own caption in t

Moment of silence for the sadness of undecorating

The light! Oh, the light!

Mama cardinal keeps looking up. “This roof will

The stuff of which stories are made. #novels #amwr

Powered by Convert Plus